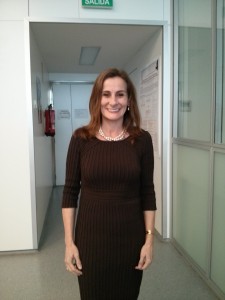 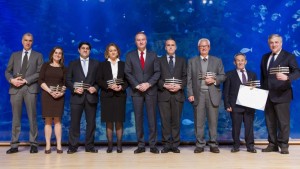 The Jury  of the V Innovative Awards  “El Mundo” took place yesterday at the Oceanografic.

BIOBAM was awarded the Prize for the  Best Start-up of the Year 2013, Ana Conesa’s spinoff.

The new techniques for  massive sequencing allows determining the letters of the genome of any organism. The problem is that this information alone is useless.

Biobam , spin -off of the Prince Felipe Research Center in Valencia, has developed the ‘ software ‘ Blas2GO that predicts, with powerful algorithms, what each gene within a newly sequenced genome is for.

Despite its youth, the company has managed that major research centers in the world and multinationals such as Bayer use their system. Therefore, the jury of the fifth edition of Innovators Awards “El Mundo” decided that  Biobam was the perfect candidate to receive the award for ‘ The Best startup’ .

Biobam founder, Ana Conesa, explained in her speech that the new technique manages “over 2,000 scientific citations” and an average of 3,000 different users each month ” across five continents.” All thanks to innovation, meaninfg for her team “not to corform, believe in your project, defend and work for it by carrying it out  forward.” Conesa particularly stressed the value of creating a business from a scientific development. “Knowledge and technology is a value that is necessary to spread and also can be used to generate wealth.” A true ” challenge.” “As scientists we have had much to learn how a company is managed.”

Link to the full text